LeAnne Blakelock and her team had a major turnaround on long-held milk fever issues after attending DairyNZ’s FeedRight training course.

Taranaki dairy farmer and chartered accountant LeAnne Blakelock and her partner Ian Powell bought a 400-cow spring calving dairy farm with her parents five years ago. The farm was having massive milk fever issues, losing as many as 10 to 15 cows each season to milk fever complications alone. Then she signed up for a DairyNZ FeedRight course. 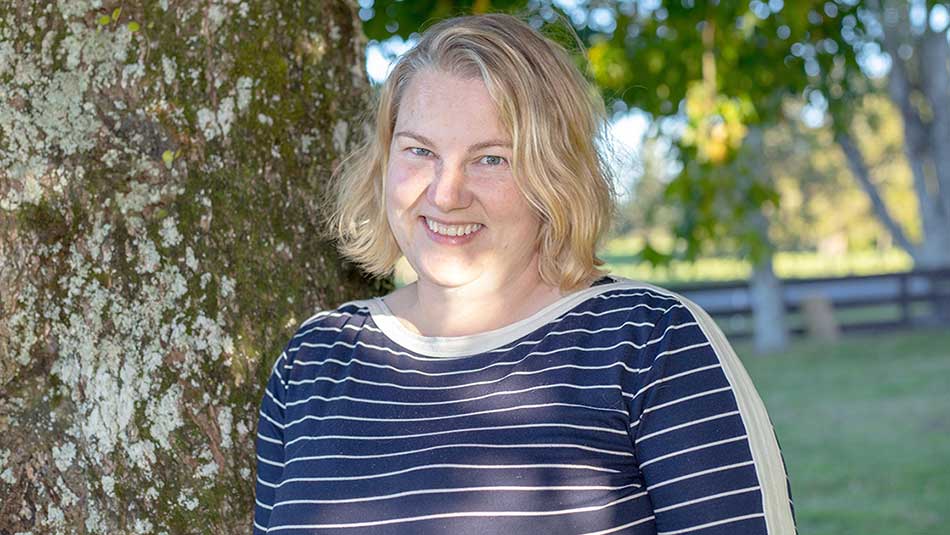 LeAnne Blakelock credits DairyNZ’s FeedRight course with a big improvement in the overall health of her herd.

“As we dried off, cows were split into five calving mobs, based on body condition score and calving dates. We also bought extra silage and sent cows out to winter grazing rather than wintering on PKE. We didn’t have any fodder beet this year,” she says.

“Springers were fed energy at 90 percent of requirements and calcium was kept low. We were also hugely strict on calculating grazing areas as cows calved and the numbers moved.”

Results speak for themselves

“It got a little trickier to manage in the second half with second round grass. However, overall we had approximately 25 milk fever cases with two deaths.

“Of those affected cows, most got back to the dairy under their own steam or got up within 15 minutes following paddock treatment. In past years, we would have up to 12 down cows with milk fever in any given day.

“The cows have transitioned beautifully, with minimal retained membranes. They’re on a very strong upwards plane now (and are) an overall healthier herd.”

A new way ahead

“Until now we’d never found a solution, despite paying thousands for advice.

“We really can’t thank the FeedRight team enough. The workshops have revolutionised our farm spring calving and are one of the best-facilitated that I’ve ever attended.”

“I was lucky enough to be involved in this entire pathway, from the on-farm research that investigated feeding levels pre-calving, to the development of key messages, and their communication through the FeedRight resources and workshops,” says Jane.

“It’s very rewarding to turn research into actionable knowledge – and to hear that this has ‘revolutionised’ a farming system is pure gold.”

DairyNZ will be running more FeedRight courses in 2020, based on demand. Register your interest at dairynz.co.nz/feedright

This article was originally published in Inside Dairy February 2020