Setting up for the future

Key changes made by Waikato dairy farmers Sam and Jacqui Owen have laid their on-farm groundwork for 2020 and beyond. They’re also focused on growing dairying’s next generation.

The Owens stepped up to 50:50 sharemilking in the 2014/15 season at Walton – then the milk price more than halved. That’s when Sam became chair for MP3, a DairyNZ-supported three-year project focusing on ‘profit, planet and people’, starting with 35 Matamata-Piako farms.

“I wanted to help others make their way through that price drop. MP3 also enabled us to grow our budgeting and financial skills to work out that doing that would be profitable for us.

“As well as that, I learned that there are plenty of things that will give a better work-life balance for farmers and their staff – and that can actually improve productivity.” 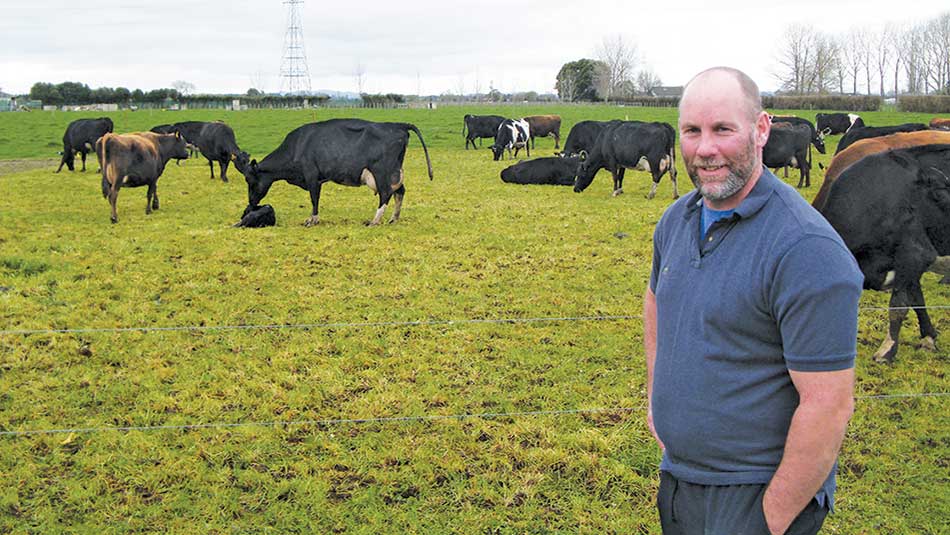 Sam and Jacqui (a qualified lawyer who also contributes time to the Rural Support Trust) moved to Eureka at the start of the 2016/17 season. They continue to factor learnings from MP3 into their decision-making and future planning.

“Those changes are hitting the ground now and we’ll carry on with these,” says Sam.

Next, year, the Owens intend to:

“Overall,” says Sam, “our future focus will be on improving our profitability while maintaining or improving our environmental footprint.”

With his role as a DairyNZ Dairy Environment Leader (DEL) and a board member for the Port Waikato School Camp, Sam’s also got a passion for getting young people into the sector. In his own next generation, daughter Abbie won a significant science fair award this year (see page 22 of this issue) and she and brother Rhys are on board with DairyNZ’s water quality campaign, The Vision is Clear.

“On a recent beach visit for a Surf Life Saving day, they told everybody to pick up one piece of litter each,” says their proud dad.

This article was originally published in Inside Dairy December 2019